From Method to Func 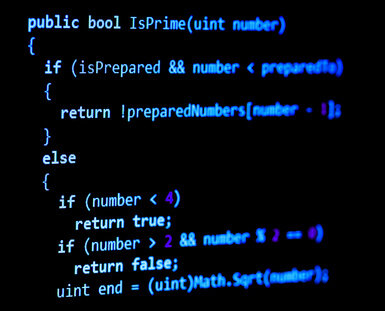 In this post we will take a journey from ordinary methods to the Func. Along the way, we will encounter delegates, anonymous methods and lambda expressions. If any of these concepts are unfamiliar to you, don’t worry as they will be explained along the way.

A Simple Way to Think About It

We all learned to assign values to variables early in our programming career. We would assign strings, integers, booleans, and even classes to some variable, which we can then use at a later time.

When it comes to functions, we were taught that a function is programming construct that does something. And that’s true: we use functions to validate input, to perform some business logic, to communicate with the database, etc.

But have you ever thought about this question: Can we store functions in variables? And if so, how?

For those versed in Javascript, they already know that functions can be stored in variables. However, doing this was not intuitive in .NET, specially in the earlier versions of the framework. Fortunately for us, this has been vastly improved. The first step in the journey is the delegate.

Our first goal is to be able to store a function in a variable. We can do so using something called a delegate. You can think of a delegate as a variable that stores methods. Below are some examples of how to declare delegates:

If we tried to assign that function to the delegates we declared above, the result would be:

Finally, in order to run the delegate (that is, to run the method assigned to it), we do:

The next step in our journey is anonymous methods.

In our discussion on delegates above, there were two steps involved to assign a function to a delegate: 1) declare the method and 2) assign it to the delegate. This was a lot of work which was solved by anonymous methods. The most effective way to think about anonymous methods is that it is shorthand for declaring a method and assigning it to a delegate in one step.

Following our delegate examples above, we can assign to the VoidFunction and MyFunction delegates using the following anonymous method syntax:

Notice that in order to assign a method to the VoidFunction delegate, we did not need to declare a method with a matching signature anymore. Instead, the method implementation was defined and assigned to the delegate at the same time. We also did the same for the MyFunction delegate. As with normal delegates, the signature of the anonymous method must match the signature of the delegate.

If you think it can’t get easier than that, think again. The next step in our journey are the Func and Action delegates.

Let’s see the Action delegate in action (sorry I just had to) combined with anonymous methods:

We use the Func delegate to contain methods that return something. For example:

The last step in our journey, and probably the coolest, are lambda expressions.

Here is how we may write our previous Action<string> using a lambda expression:

But wait, there’s more! We can further shorten the lambda expression by removing the unnecessary or implicitly inferred text. The first one is the type of parameter (string). Since this is already given by the Action declaration, we can safely remove it. Next and related to that, we can remove the parenthesis around the input parameter. Finally, since the method body consists of only one statement, we can remove the curly braces around the method body and the accompanying semi-colon.

The Action can then be rewritten very succinctly as:

Lambda expressions are usually encountered in this “skinned” form.

In this post I talked about delegates, anonymous methods, and lambda expressions. I hope you have learned a lot and have gained a new appreciation and understanding for these extremely helpful language constructs.