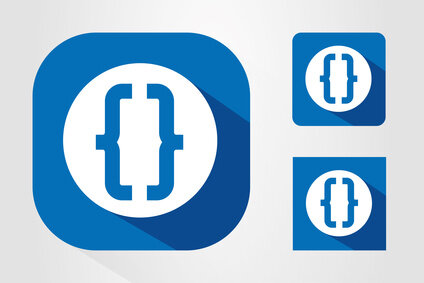 Scopes in AngularJS use prototypical inheritance. When a child scope tries to access a variable, it first looks for that variable in its own scope. If it doesn’t find any, it looks for it in the parent scope, and so on until the $rootScope is reached. This post will illustrate this concept of inheritance in AngularJS.

Consider the following HTML snippet (the ng-app and some other parts have been stripped out):

The outer container div initializes a greeting variable to a value of ‘Hello, world!’. Inside this div, there are two rows. The second row has an empty controller associated with it. Its controller has its own scope, and in fact it is a child scope in relation to the scope of the container div.

When the site is run, you should get something like this (styles added): 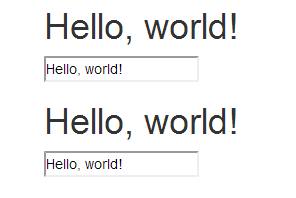 Note that there is no greeting variable declared in the second row (the one with the controller). However, it still showed up, as can bee seen in the image.

The child scope tried to access a greeting variable. Since the variable wasn’t found in the child scope, it looked to its parent for one. The parent has one, so the child used that in the data binding. This is how AngularJS behaves with inheritance.

If you change the text in the first text box (which is bound to the parent scope’s greeting), you will see that the child scope will capture this change as well: 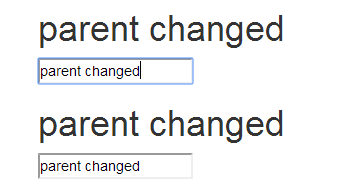 Things become more interesting when you try to change the second text box, which is bound to the child scope: 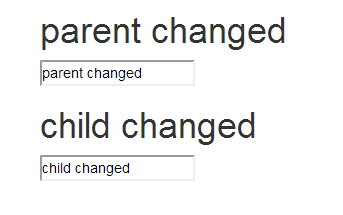 Here, we changed the value in the first text box (parent). It did not reflect in the second text box (child), because the child already had its own greeting variable. As far as the greeting variable is concerned, both scopes now act independently from each other.