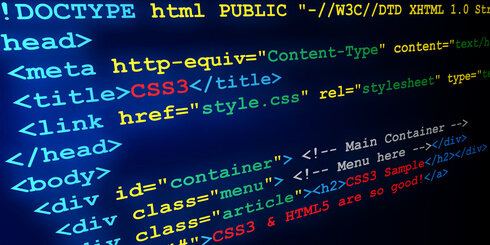 AngularJS is not only for UI developers, but also for UI designers. In fact, the separation of concerns and readability that AngularJS brings enable smooth collaboration between designers and developers. Here are some common directives that designers will encounter in AngularJS.

Of course, the only required directive ng-app is always there. Ng-app bootstraps the application and enables all Angular magic to happen.

The ng-show and ng-hide directives are used to conditionally show or hide elements based on a condition. For example:

In that example, we are saying “show this h1 element when a value named ‘showHeader’ is true.” The type of the ‘showHeader’ variable is bool and its value is typically set in a separate JavaScript file. Ng-hide does the reverse; it hides the element when the condition evaluates to true.

Note that you can use that directive on any html element, not just on h1. Also, you can set the expression directly in the view without enclosing it in a variable, and you can also use a function instead of a variable. So things like

The ng-class directive lets you conditionally apply classes based on a certain condition. Let’s say you have a CSS class named ‘warning’ and you want to display it only when there is an error in the page. There are many ways of using ng-class, but this would do the trick:

Like ng-show and ng-hide, the expression can be inline, contained in a variable, or returned from a function. So the following would also work:

Here is an example where there is more than one key-value pair:

If there is more than one CSS class that should be applied when the condition is true, you can put both CSS classes in surrounded by single quotes:

That says: “apply the classes ‘noOverflowX’ and ‘noOverflowY’ when a variable named ‘disableScroll’ evaluates to true”.