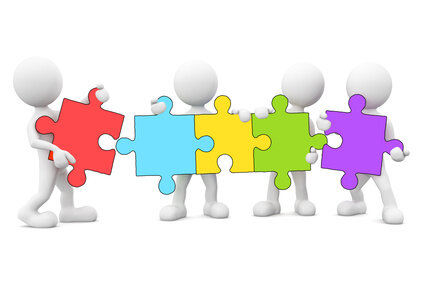 There are three behaviors that entity framework can use when loading related data. These are lazy loading, eager loading, and explicit loading. The main difference between the three are in when the related data gets loaded and whether it is done behind-the-scenes or explicitly. In this post we will learn about these behaviors and evaluate when one should be used over the other.

Entities that have a one-to-many relationship with other entities are common in data models. In this post we will be using a simple User to Photo relationship, where one User can have multiple related Photo items:

The resulting database schema is this: 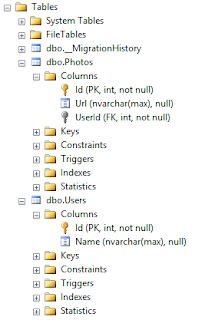 Let’s start with lazy loading. If we have this query:

This works just fine - the related photos get loaded into the photos variable.

Now we know that users and photos are stored in different tables. And in the code, we only had to query the db once (when getting the user), so we would think that only one query is being sent to the database, retrieving the user and photos in one go.

But when we examine the query statements being issued, we find that there are actually two queries being sent!

The first query is to retrieve the user:

And the second query is to retrieve related data, that is to say, the photos:

To implement lazy loading, Entity Framework creates a class at runtime that derives from our entity class. Then, it overrides the virtual navigation property and adds database access code in the getter. This child class is called a dynamic proxy.

So in the example above, we were actually working with the dynamic proxy class that derives from User. The Photos property that we used was from the dynamic proxy, and it ran a database query when we tried to access the property’s value using user.Photos.

We already saw a downside of lazy loading: it will result in multiple queries instead of one. Now sometimes that is a good thing, but for small data sets like in our example above, it would be best to just use one query to retrieve all the data at once.

The multiple-query problem can be compounded when there is a collection of users. If we try to loop through the users and access the photos for each one of them, the database will be queried in each iteration.

Another problem I’ve encountered is in the context of JSON serialization in an ASP.NET MVC project. If we query for a user and return that as JSON, the MVC framework will try to serialize it. However, the serializer doesn’t work well with dynamic proxy classes. So when it tries to serialize the Photos property, an exception will occur.

We can also configure lazy loading globally through the DbContext's Configuration property:

What if we want to load all related entities in a single query? For that, we need to use the Include method for each related entity that we want to retrieve. The Include method we will be using is the one that takes a lambda expression as a parameter, and for that we need to import the System.Data.Entity namespace. We also need to use Single or SingleOrDefault instead of Find.

That would produce a single, slightly more involved query that looks like this:

If we look closely, toward the bottom of the query we would see the OUTER JOIN being used. Using eager loading, all the specified related data will be loaded in the first query. When the user.Photos is accessed, the database will not be queried anymore.

We can get to the Load through the Entry and then the Collection methods of DbContext. Here’s what that might look like in code:

The database queries that get executed are similar to the queries generated in lazy loading.

Another difference between explicit loading and lazy loading is that navigation properties don’t have to be marked as virtual when using explicit loading. This can come in handy when trying to simplify entity classes.

We can check if a collection is already loaded by using the IsLoaded property:

To load the User of a Photo, we use the Reference method instead of Collection:

In this post we talked about lazy loading, eager loading, and explicit loading in Entity Framework. We also talked about some downsides of each approach. Hopefully this knowledge will help you better understand how Entity Framework loads related data and evaluate when to use one behavior over another.