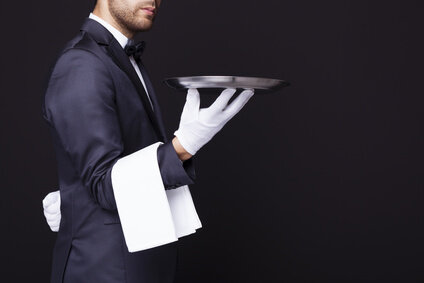 In a previous post I talked about how we can manage lookup tables with Entity Framework Code First. In that post I suggested using the primary key directly to check for a specific lookup, rather than introducing an arbitrary column that will serve as an identifier. In this post I will talk about how we can make a generic lookup service to simplify how we show lookup values in, say, dropdown lists.

Lookup entities often appear as items in a select list. What I often see in code is that there is one service created for each lookup class. Some examples are:

Then, each of those services would have a method that gets all the entries for purposes of populating a dropdown list. They all tend to have the same logic and structure, so what we can do is create a single service that would return what we need to populate dropdown lists.

Fortunately, it’s quite straightforward to do this. The first step is to introduce an interface.

So first we need to have all of our lookup entities (Province, AccountType, OrderStatus, etc.) share a common interface. That way, we will be able to deal with them in a consistent manner.

We will have all of our lookup entities implement this interface. For example:

The next step is to create a service that would be able to access the lookup list entities.

So we can introduce a LookupService class that knows how to get a list of any kind of lookup entity. The key is a generic method that works with our DbContext class. It would look something like this:

We also used the AsNoTracking method to improve performance as well as the ToList method at the end so that Entity Framework executes the query immediately.

From here, we can do anything we want with our orderStatuses. If we are using the MVC framework’s HTML helpers, we can create a SelectList out of it. Or, we can return it directly as a JSON result.

The key point is that we have created a centralized service that is responsible for querying lookup items. If ever we need to introduce a new lookup entity, all we need to do is have it implement the ILookup interface. We would not need to create a separate service for it anymore (at least not for the purposes of creating a dropdown list for it).

By harnessing the power of interfaces and generics, we have created a mini-framework for lookups that saves us a lot of time.

In this post we talked about how we can create a generic service that can retrieve lookup entity items that would work across all types of lookup entities. This eliminates the need to create a separate service for each lookup entity.