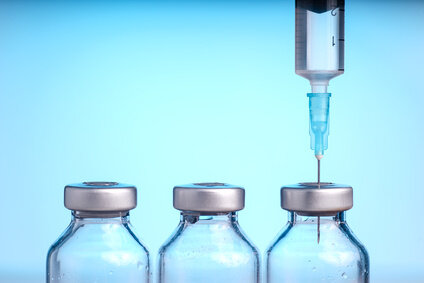 This post is part 1 of a two-part series on dependency injection. Click here to go to part two.

Since the email should be sent during the process of taking an order, it makes sense for the OrderProcessor class to use the EmailProcessor class. Sample:

It works correctly, and everything’s fine.

We can easily solve that by introducing an IEmailProcessor interface:

The implementation of the ProcessOrder will change to:

It would be much better if all the OrderProcessor knows is that it has to make use of some IEmailProcessor implementation, but doesn’t know exactly which implementation that was going to be.

For the OrderProcessor class, what we can do is to create a constructor that takes an IEmailProcessor object as a parameter and store it in some private field. If we do that, the ProcessOrder would no longer need to instantiate a specific implementation of IEmailProcessor. It can just use the one that was passed as a parameter in the constructor and stored in the private field:

The usage will change, too:

And that is dependency injection. We have injected (for example: passed as a parameter) a dependency (an object that is used by another object) into the OrderProcessor class. In our example, we are passing a parameter into the constructor (this is known as Constructor Injection) and the dependency is the instance of IEmailProcessor.

Aren’t We Just Moving the “New” Statement Somewhere Else?

Yes, we are still manually instantiating an implementation of IEmailProcessor using the new keyword. But the important thing to realize is that we are doing that from the calling code and not from the class that has the dependency.

Where Should All the “New” Statements be Located?

Let’s take a look at the usage again:

We see that it is at this level that we are using the new keyword.

But what if this snippet was inside of yet another class, for example, a CheckoutProcessor class?

In that case, we would need to push the “new” statements one level up the calling chain, and perhaps also introduce an IOrderProcessor interface as well:

The dependency chain can be deep, so the question is, where should all the new statements live?

For ASP.NET MVC web applications, that would typically be at the controller level. Something like this:

What Happens if There are Lots of Dependencies or Deep Dependency Chains?

When there are a lot of dependencies or the dependency chains run deep, it can be difficult to manage all of those new statements. But this problem can be solved as well. In the next post, we will take a look at dependency injection frameworks and how they can solve this kind of problem.

In this post we saw an example of dependency injection in action and took a look at the motivation behind it. The main purpose of using dependency injection is to move the responsibility of choosing and/or creating the implementation of dependencies out of the dependent code and into somewhere else. That “somewhere else” is typically at the topmost level, and, for ASP.NET MVC web applications, can be at the controller level.

In the next post, we will push the dependency level up one level, so that even our controllers will have its dependencies injected into it via constructors. This can be achieved by using dependency injection frameworks.