Here is an overview:

In ASP.NET Core, dependency injection is baked into the framework. There is no need to use any NuGet package, although using 3rd party DI packages is still supported.

Dependency injection is supported not only for your own custom code, but also with the built-in classes used in ASP.NET Core.

For example, take a look at the following code from Startup.cs, straight out of the template of a new ASP.NET Core API web application:

It was possible to mix the two in the same project, but there is additional configuration involved. For example, the route configuration should be done carefully so that the route goes to the correct controller type. And if you wanted to use custom filters, it would have to be written twice, one for the normal controller, and one for the API controller.

In ASP.NET Core, there is only one Controller base class that’s used for returning anything, whether views or data. There is no ApiController anymore.

The main benefit is that it allows reuse of codes that are common to methods that return views and data. One example are custom filters, and even built-in filters like the [Authorize] filter.

Overall, the unification of controllers require less code plumbing and allow the developer to focus more on busienss logic concerns.

In the default folder structure of an ASP.NET MVC project, CSS and JavaScript files are located in the Content and Scripts folder. These folders are on the same level as other server folders like the Views folder and the Controllers folder.

For a new ASP.NET Core project, all client side assets like CSS files, JavaScript files, favicon, images, and others are located in a folder called wwwroot. 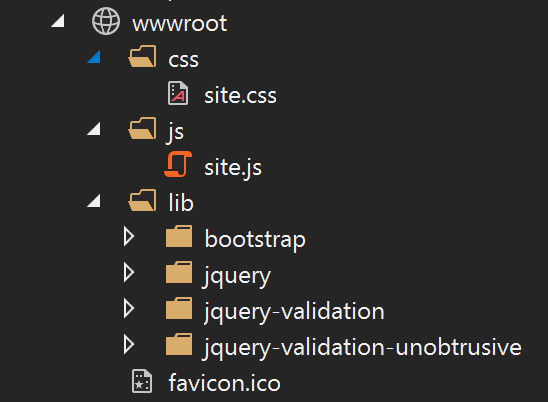 Since all the client-side assets are in one place, the code structure is easier to understand and maintain out-of-the-box.

More importantly, it works well when using front-end technologies, including module bundlers such as webpack.

Here are some more differences:

ASP.NET Core is an exciting framework with many changes and improvements over ASP.NET MVC. Three practical differences between ASP.NET Core and ASP.NET MVC revolve around dependency injection, the controller programming model, and handling of static assets. These differences make the default code structure easier to work with and compatible with the current best practices in the web programming world.