Be Very, Very Lazy - A New Perspective on the Single Responsibility Principle 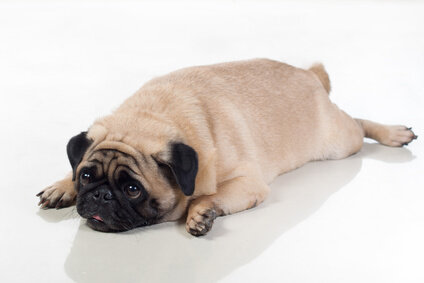 Today I’m giving a tip on how we can remember to follow the Single Responsibility Principle. I’m sure many of you will be able to relate to this tip (at least I surely can!) which is: be very, very lazy!

Huh? What do you mean?

No, I’m not talking about being lazy on the job. Rather, I’m talking about laziness of code units. For simplicity’s sake, we will talk about the class code unit, though this principle can be applied to other units (such as methods) as well.

To make this more concrete, let’s take a look at an example of a user action and what it has to go through to accomplish its business goal. In this case, the user action is a web request in an ASP.NET MVC application and the goal would be to update the database somehow.

Here are the steps:

That’s a lot of work for a single code unit (class) to handle! So what does the class do? Be lazy, of course!

I don’t want to do all of this work. I’m gonna ask someone else to do them for me!

That is the cry of our poor class. And he won’t just ask one other code unit to do the work for him, but many.

With that in mind, the list becomes (I added some links to my previous blog posts concerning the appropriate topic):

So we see that our class has delegated most of its work to other classes or code units. Here are some other examples of laziness:

You can probably think of other instances where a class can demonstrate this kind of laziness and delegate tasks to others.

Now, your controller classes probably already do some of the things here, such as to let the model binder take care of parsing a web request and to let an external library (ex: AutoMapper, JSON.NET) do some specialized work.

But there’s no need to stop there, and in fact we shouldn’t stop there. In writing our own software, it would be good to be as lazy as possible in all of our classes (and other code units). If we write software with this lazniess in mind, we should arrive at a place similar to where we would have gotten had we written software with the SRP in mind.

And if we follow along this road of delegation even further, it may even lead us to programming in a functional style. But that would be a topic for another blog post. :)

Finally, a good reason to be lazy! :)